The instructions here will be the same, whether for our Magnetic Travel Set or one of our Wooden Board Sets.

White always starts. Players change sides after each game. Each player takes it in turn to move one piece in each go. He may move whichever of his pieces he requires, planning his strategy, capturing as many of his opponent’s pieces as he can, always working towards the ultimate goal of “Checkmate”.

To capture an opposing piece, a player moves his attacking piece to the square occupied by the victim and removes the latter from the board. Any piece may take (capture) any opposing men that it can, despite rank i.e. a Pawn may capture a Pawn or a Queen.

These eight pieces may only travel forward, but “take” on the diagonal like a Bishop. In the first move of a particular Pawn, the piece may be moved one or two spaces forward, Thereafter, it may only move one square forward each turn. If a Pawn succeeds in reaching the other side of the board, it may be exchanged for any piece, which, its owner chooses from his pieces already captured. If the Queen has been captured, it is best to exchange the Pawn for her and get back into play for reasons, which, will become obvious. 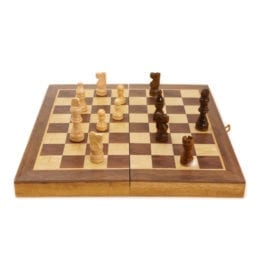 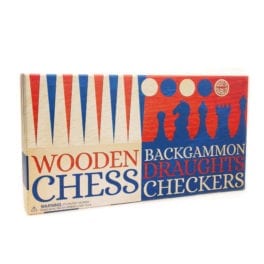 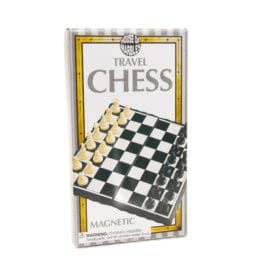