A dice is secretly sealed into two small canisters.  Incredibly, you can always know which number of the dice is on top!

Ask a spectator to put one of the three coloured mummies inside the coffin and put the lid on, whilst the magician looks away.  The magician can then instantly reveal the colour chosen without touching the coffin.

The secret and how to perform:

The vase comprises of a base, a complete ball, a false piece with just half a ball and a lid.

Step 1: Open the vase by lifting the lid and false piece together, to reveal a coloured ball sitting in the cup of the base.

Step 2: Take the ball out and put it in your pocket, replace the lid and false piece together and tell your audience that you are going to make the ball reappear inside the vase.

Step 3: Wave your hand over the vase and say a magic word of your choosing.  Life up the lid only and leave the false piece in place on top of the vase base.  The ball has reappeared in the vase!

Step 4: Replace the lid of the vase.  Tell your audience you will now make the ball disappear.  Wave your hand over the vase and say the magic word again. Open the vase by lifting the lid and false piece together and the ball will have disappeared. Step 5: Reach into your pocket , take out the ball and show your audience. 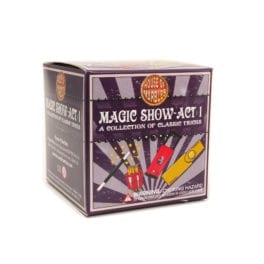 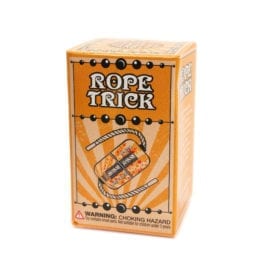 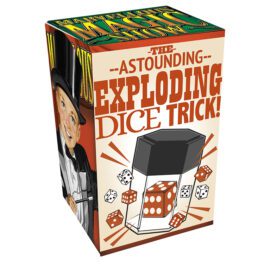